I’ve always been intrigued by where Big Ideas come from. In fact, that’s one of the many reasons I started this website.

I remember many years ago, when my daughter was a small child, a new concept made its way into our local mall. Build a Bear promised all that entered the chance to stuff your own friend, and dress it anyway you wish. I glanced at is as we walked by, and promptly announced to my husband, “That won’t make it, who would ever want to stuff your own bear?”

Those words came back to haunt me.

As a preschooler, my daughter embraced Build a Bear with vigor. It started with a stuffed friend named Kylie. We spent oodles of time choosing which friend to stuff. Then she “pumped” the stuffing machine to turn the fluff into magic. She selected a very special heart, held it in her tiny hand, closed her eyes and made a wish. Then she sealed that heart deep inside before Kylie was sewn up. Many more minutes were

spent filling out her birth certificate, grooming her at the beauty boutique, and selecting the outfit she would wear home. Kylie has remained a life long friend.

So has the koala bear. And the elephant. And the dog. And the cat. (Believe it or not, she never chose a bear!)

Many, many stuffed friends later, with several birthday parties and an entire crate of outfits and accessories to show for it, I understand the potential of such a store.

But more importantly, I got caught up in the story behind the company.

It Always Starts With A Story

Maxine Clark was in her 50s when she reached a plateau in the business world. As the president of Payless ShoeSource, the plateau wasn’t exactly a bad position to be in, but still, Maxine lost some of the sparkle she once had for the retail industry.

While shopping with a friend’s kids, the kids became discouraged when they couldn’t find new Beanie Babies to add to their collection.  Instead, they came up with the concept of going home and making their own. Those words gave Maxine her inspiration, and the rest as they say is history.

Today Build a Bear has more than 400 workshop stores worldwide, with annual sales reaching $379 million. Maxine has been named one of the 25 Most Influential People in Retailing, was inducted into the Junior Achievement National Business Hall of Fame, and has made FORTUNEs Best Companies to Work For list several years in a row.

She already had success, and didn’t have to go looking for something else. Yet she knew there was something else waiting for her. Something that would allow her to put her mark on the world in her own unique way. She reinvented her life in her 50s and has never looked back.

That concept has never been far from my mind as I myself began looking for ways of reinventing my life.

As an employee in my 20s, I knew I couldn’t handle the job mentality for my entire career. Together my husband and I found our passion through photography, and began to wonder if that could be our out from the traditional 9 to 5 world. We began forming our own Big Idea, one that would take us far away from the traditional career our parents had planned for us.

Our 40s were about change. We moved into many new areas of business, and learned about a variety of new industries. As our daughter moved from high school to college, we began reevaluating our own lives and what was important to us. We sold off a portion of our business, and began making plans for our own reinvention once again.

Which is where we are today.

Every Big Idea has its beginning. And for my brand new concept on the VisionOfSuccess site – It’s My Turn – that moment is now.

A few weeks ago, I was hiking along the beach in Oregon when I had my a-ha moment for my brand new  It’s My Turn.

For the past year, I’ve been helping women turn their Big Ideas into gold.

You see, Big Ideas are only great when you share them with the world. But that requires knowledge. You have to know all the intricate details of how to develop it into products and services people will love, and convert that into a business plan you can carry forward with.

With three successful businesses under my belt, and over 20 years of small business experience, I have learned from some of the best in the industry. And now it’s my turn to turn the tables and help other women in any way I can.

As women, we often do things for others long before we put our needs out in front. But when something happens that completely changes our perspective, something leads us to the point where we know its time to take that leap of faith, and do something with that Big Idea we can no longer ignore.

One year ago when I reinvented my VisionOfSuccess.com site, my goal started out to provide resources and guidance as you make your way through this new journey. Yet my a-ha moment a few weeks ago said to do something more. I’m a big believer in storytelling, for we all have a story to tell.

My a-ha moment told me that sometimes inspiration is the key to success; sometimes seeing is believing when you learn how others before you have found their success.

It’s My Turn was born.

I started looking for women who were reinventing their lives in big ways. I made a few calls, put out a few feelers, and before I knew it I had dozens of stories falling into my lap. Stories that made me laugh, made me cry, and most importantly inspired me to want to take action in a big way.

I knew for a fact if they motivated me in the way that they did, they would motivate you as well.

It’s My Turn is about the journey. In each story, you’ll find amazing women that had the same doubts as you, that questioned everything they were doing along the path. In some cases they made difficult choices, had to overcome big fears, and in some cases lost along the way.

But they won as well.

And I guarantee if you asked each and every one of them if they would do it again, I know the answer would be a unanimous YES!

This is the beginning. My goal is to share stories with you along the way that both inspire you at your beginning, and when you’ve hit your moment when you’re not sure if you can go on.

I ask from you two things.

2. Let me know of your successes! I write about real women sharing real success stories with their reinvention process. If this sounds like you, I would love to hear from you! You may be featured in one of our upcoming It’s My Turn stories!

« Previous Post
Two Things Holding You Back From Real Change
Next Post »
Shari Fitzpatrick: Life Can Be Reinvented Again ... And Again! 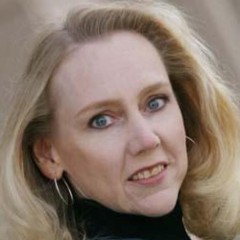